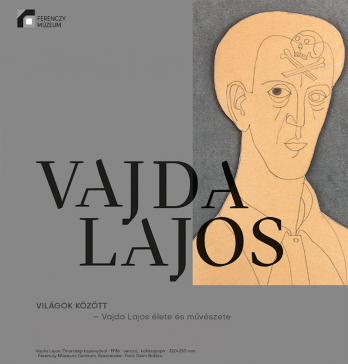 All three works of art by the important Hungarian artist Lajos Vajda in the collection of The Salgo Trust for Education were included in “Between Worlds: The Life and Art of Lajos Vajda,” the retrospective of the artist’s work held at the Ferenczy Muzeum Centrum in Szentendre, Hungary, from 11 November 2018 to 31 March 2019. The works were given places of prominence in the show, reflecting their importance to the oeuvre of the artist. 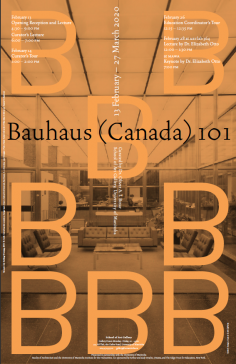 Curated by Dr. Oliver A. I. Botar

For those who may not know much about it, this exhibition provides an introductory crash course on the legendary German design school founded 101 years ago, in 1919. For those who think that the Bauhaus affected Canada in only the most general sense, this exhibition offers insight to the specifics of Bauhaus influence on Canadian architecture, design, art and pedagogy — mostly via the many Bauhaus alumni (“Bauhäusler”) who settled in the United States, our powerful neighbour to the south. Visitors to the show will learn that not only did three Bauhäusler settle in Canada (photographer and graphic designer Werner David Feist, furniture designer Eva Fernbach and artist Andor Weininger), but a good number of Canadians studied with the former Bauhaus directors Walter Gropius and Ludwig Mies van Der Rohe, and important Bauhaus and Bauhaus-related pedagogues such as László Moholy-Nagy, Josef Albers, György Kepes and Hugo Liepzinger-Pierce. While Breuer built a cottage near Lake of the Woods and a factory in Oakville, Mies designed three major developments in Toronto and Montreal, largely due to the influence of Montrealer and Mies-student Phyllis Lambert, founder of the Canadian Centre for Architecture. Cornelia Hahn Oberlander, the founder of modern landscape architecture in Canada worked on major projects including the Robson Square and Law Courts complex in Vancouver after having graduated from the Harvard Graduate School of Design with Gropius, one of the first women to do so. A number of Canadians such as Gordon Webber, Erma Sutcliffe and Richard Filipowski studied at Moholy-Nagy’s “New Bauhaus” and Institute of Design schools in Chicago. Perhaps most surprisingly, this exhibition documents how, more than any through any other route, it was via the University of Manitoba and its School of Architecture, that Bauhaus concepts of architecture spread throughout Canada. The show will demonstrate how Canada’s two most important Métis architects, Étienne Gaboury and Douglas Cardinal can trace their “organicist” architectural practices to Bauhaus and Modernist education and principles. Similarly, a prominent Indigenous artist such as Alex Janvier readily acknowledges the effect that the Bauhaus professor and artist Wassily Kandinsky had on his practice, while the Structurist artists of the Prairies were strongly affected by Bauhaus aesthetics as well. In Canada, perhaps even more than in the US – where the corporatization of Bauhaus ideals seemed to be the dominant narrative – the Utopian, socially conscious ideals of the original institution are what struck a chord, and what contributed to what was hoped would be an ethical transformation of everyday lives after the “lost decades” of Depression and War. Like Canada itself, the Bauhaus was an institution that displayed a surprising diversity of peoples, practices, styles and goals, and these and other parallels and influences will be highlighted in this, the only exhibition to celebrate the centenary of the school in Canada. There will be special programming in connection with the textile work produced by women at the Bauhaus, as well as the architectural and interior design work of women inspired by Bauhaus ideals in Canada. 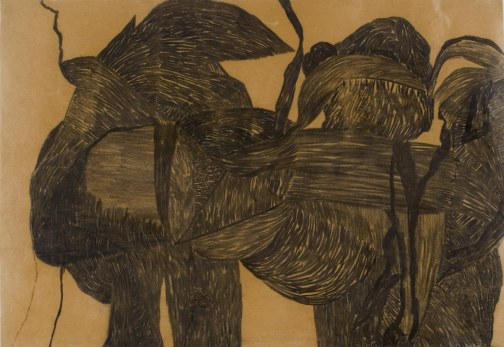 “Roads,” a work in charcoal on paper by Lajos Vajda is included in the exhibition “Surrealism Beyond Borders,” shown at the Metropolitan Museum of Art from 11 October 2021 to 30 January 2022, and at the Tate Modern from 24 February until 29 August 2022. 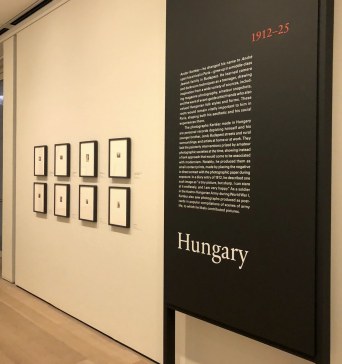 Five vintage prints were loaned to the Exhibition “Andre Kertesz: Postcards From Paris,” show at the Art Institute of Chicago from 2 October 2021 to 29 May 2022.